Please note we are not taking any new orders for the manufacture of pillars at the present time. 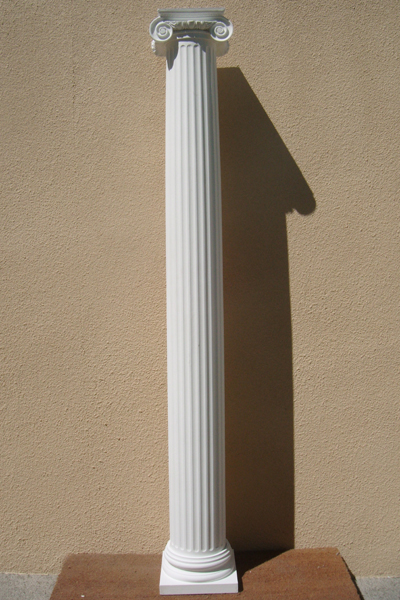 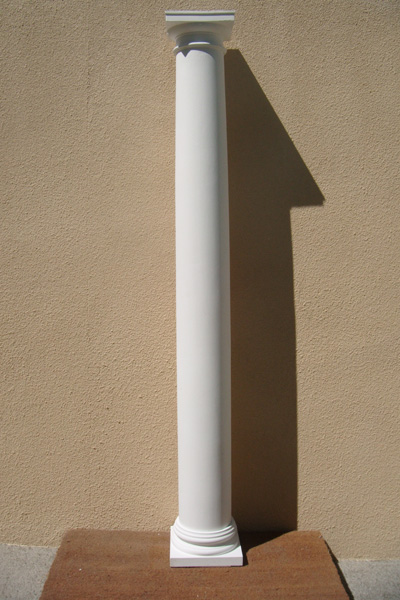 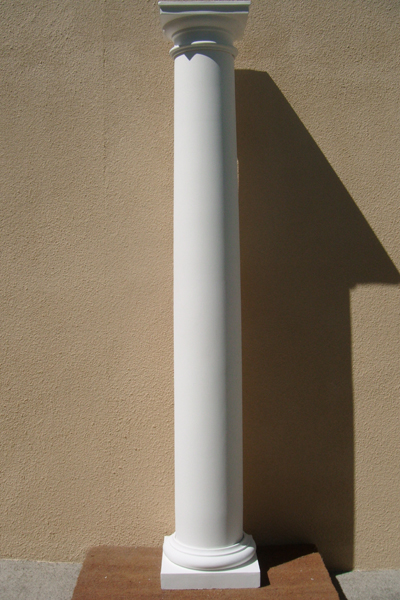 Since man first stood up two vertical columns of stone or wood and put a third one across them to make an entrance to his home he has striven to enhance and decorate them.

This desire to make pillars and columns objects of art reached its zenith during the Renaissance with complex fluted pillars and highly ornate capitals and bases. It was a sixteenth century architect by the name of Giacomo Barozzio da Vignola who brought some order into the debate when he published his “Canon for the Five Orders of Architecture”. In it he divided the multitude of styles into five main orders, Tuscan, Doric, Ionic, Corinthian and Composite.

He laid out in minute detail the relative proportions of the diameter of a column shaft to its length and its relationship to the height and width of its capital and base. The book became the standard text for architects, the world over, for the next three centuries and is still the accepted standard today.

As devotees of da Vignola’s, we have painstakingly reproduced a line of pillars from two of the five orders – the Tuscan and the Ionic.

We chose the Tuscan for its sturdy simplicity, the shaft is never fluted and the capital and the base is unadorned. This robust pillar gives the impression that it can carry great loads and is very popular in new as well as old world architecture.

All our pillars come with the capital and the base seperate from the shaft for adjustability and ease of installation. We have 10 different sizes between the two styles giving us the most comprehensive range of classically correct reproduction pillars in Ireland.

The pillars are made from non load bearing GRP which makes them light weight and strong for internal and external use.

Page load link
We use cookies on our website to give you the most relevant experience by remembering your preferences and repeat visits. By clicking “Accept”, you consent to the use of ALL the cookies.
Cookie settingsACCEPTREJECT
Manage consent

This website uses cookies to improve your experience while you navigate through the website. Out of these, the cookies that are categorized as necessary are stored on your browser as they are essential for the working of basic functionalities of the website. We also use third-party cookies that help us analyze and understand how you use this website. These cookies will be stored in your browser only with your consent. You also have the option to opt-out of these cookies. But opting out of some of these cookies may affect your browsing experience.
Necessary Always Enabled
Necessary cookies are absolutely essential for the website to function properly. This category only includes cookies that ensures basic functionalities and security features of the website. These cookies do not store any personal information.
Non-necessary
Any cookies that may not be particularly necessary for the website to function and is used specifically to collect user personal data via analytics, ads, other embedded contents are termed as non-necessary cookies. It is mandatory to procure user consent prior to running these cookies on your website.
SAVE & ACCEPT
Go to Top