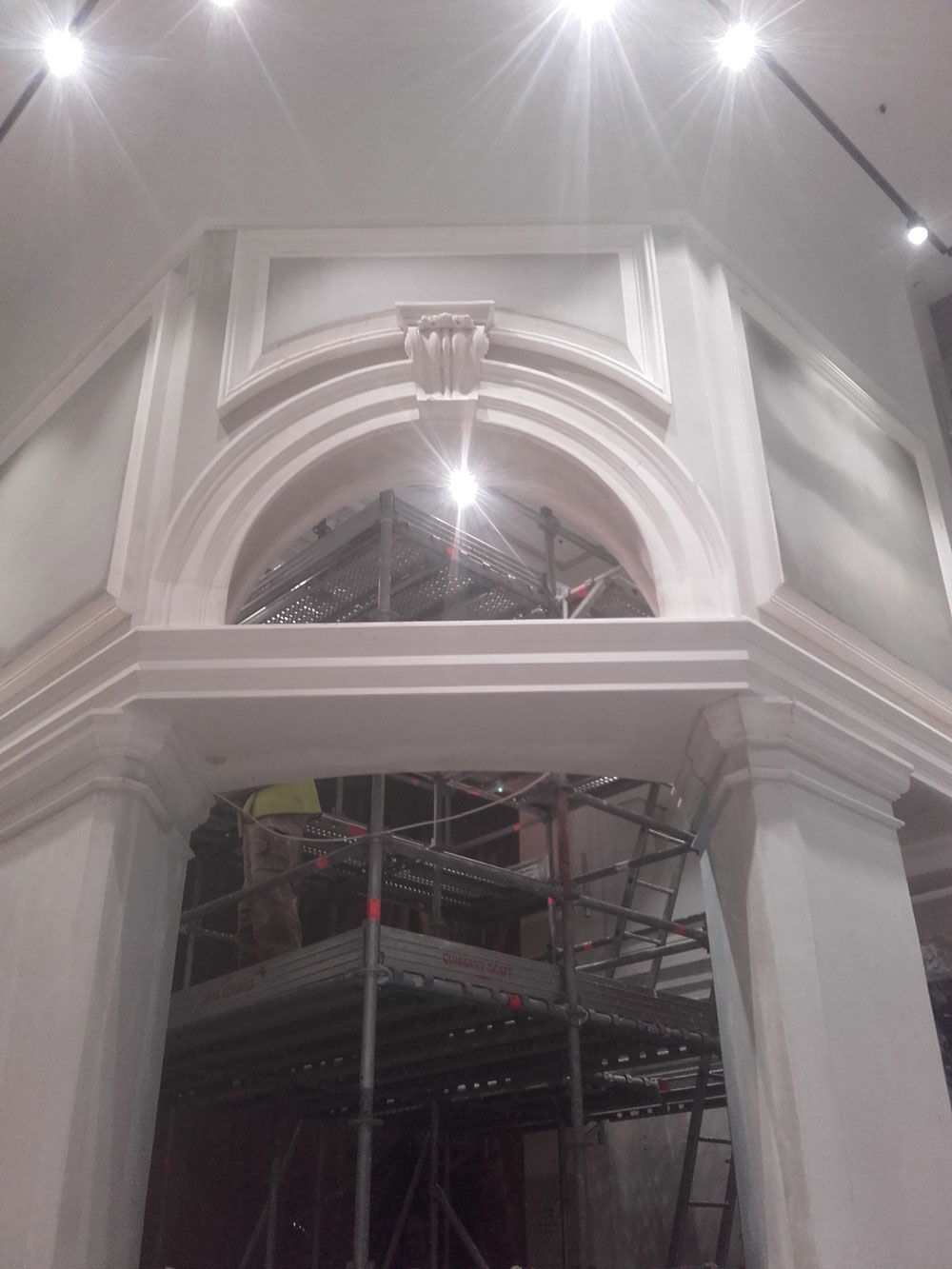 As there is a preservation order on this building the work was carried out under the supervision of Anne FitzGerald of FKP Architects . The scale of the job was not too big but some of the mould work was very complicated and there was internal lime render as well. There is a domed ceiling in a pagoda like structure in the lobby into which an arch was cut, around this arch we had to install plaster surrounds and panel moulds to match the existing on the other side. Mathematically this was very testing to set out, running the curve of the arch into the curve of the dome but happily we worked it out and the new opening cannot be seen as any different from the existing.

FacebookTwitterRedditLinkedInWhatsAppTumblrPinterestVkXingEmail
We use cookies on our website to give you the most relevant experience by remembering your preferences and repeat visits. By clicking “Accept”, you consent to the use of ALL the cookies.
Cookie settingsACCEPTREJECT
Manage consent

This website uses cookies to improve your experience while you navigate through the website. Out of these, the cookies that are categorized as necessary are stored on your browser as they are essential for the working of basic functionalities of the website. We also use third-party cookies that help us analyze and understand how you use this website. These cookies will be stored in your browser only with your consent. You also have the option to opt-out of these cookies. But opting out of some of these cookies may affect your browsing experience.
Necessary Always Enabled

Any cookies that may not be particularly necessary for the website to function and is used specifically to collect user personal data via analytics, ads, other embedded contents are termed as non-necessary cookies. It is mandatory to procure user consent prior to running these cookies on your website.